The concept of a "wallet" in bitcoin is one of the first things new bitcoin owners need to learn. Wallets are generally computer software programs for managing your bitcoins. They make it seem as though your bitcoin balance is in your bitcoin wallet -- but in reality, wallet is just a metaphor. All bitcoins are just entries on a public ledger,  the Bitcoin blockchain. Wallet software provides an interface for interacting with the blockchain.

The blockchain is called a "public" ledger because that anyone on the Internet can see records of how much bitcoin is in each wallet, a.k.a. wallet address. A bitcoin wallet address looks like this: 3CL8Qdjkvj5zjfP8AAzJQVrEWMztKg7BMo. You can see transactions between Bitcoin wallets using a blockchain explorer.

Given a known bitcoin address, we can send bitcoin to that address. You can think of it as a bank account number. We don't need permission to send funds to it, we can just send it and those funds will appear in that "account". It is a one-way transaction. If you have a bitcoin wallet address, you could wake up one day, and discover that you were sent a million dollars worth of bitcoin.

Owning a bitcoin wallet is to possess the private key for that wallet. The private key is what allows you to spend the bitcoins that were sent to that wallet. By "spend" I mean send that bitcoin to a different address. A wallet address is also called a public key. For every public key there is a corresponding private key, which allows the owner (of that private key) to issue a new transaction, moving the bitcoin (or a portion of it) to a different wallet address. Bitcoin is an implementation of public key cryptography.

Bitcoin wallet software manages private keys, and makes it easy to send new transactions to the Bitcoin network. It usually secures access with passwords and/or bioauthentication (fingerprint, facial id, etc) mechanisms. There are dedicated hardware devices, known as hardware wallets, which have buttons on them that must be physically pressed to confirm transactions. These prevent theft of bitcoins from computers or smartphones that have been "hacked" (security compromise).

It is important to store your bitcoin in your own wallet, and not on an exchange or other third-party service. There is a saying in Bitcoin: "not your keys, not your bitcoin". Exchanges and online services get hacked all the time, just like traditional financial institutions. They also randomly shut down and disappear sometimes, due to scams or mismanagement. If you hold a bitcoin balance on a central service, it could disappear, and you will lose the bitcoin that you stored there. The only way that you truly own bitcoin is if you control the private keys, with a bitcoin wallet.

If you are holding large amounts of bitcoin, it is recommended that you enhance the security of your bitcoin wallet through a multisig arrangement, such as Casa Keymaster.

This Investopedia article on Bitcoin Wallets might be helpful for explaining the wallet concept further.

Desktop wallets (for your computer)

Mobile wallets (for iOS or Android)

How new bitcoins are created: Bitcoin mining, and how it works. 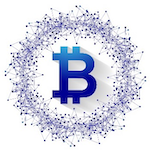 Netmojo Bitcoin
—
What is a Bitcoin Wallet?
Share this